Trip from Toowoomba to Fisherman Islands

I was extremely fortunate to be offered a cab ride last Monday from Toowoomba to Fisherman Islands on an Aurizon coalie.  It all started at my place when I was picked up and transported to Willowburn Yard to sign in and do a breathalyser test.  Of course I registered 0.00% so I could take my place in the car out to the Harlaxton Ballast Quarry with the crew for a change over.  My crew were great.  They even knew some of the old folks that I know from QR, QR National and Aurizon.

We had a slow trip down the range not exceeding 20km/h, passing many empties on the way back up to the mine.  Our first crossing loop was Rangeview reached at 12:01pm.  At Springbluff we crossed out first empty 9616 with 2305 + 2346 in charge at about 12:42pm.  There were lots of people on the platform, maybe due to school holidays.

There was a cattle train in the cattle siding at Dinmore hauled by 2365 + 2390.  We had green lights all the way from Ipswich until arrival at the Fuel loading point at Fisherman Islands at 5:16pm.  We left provisioning at 5:46pm and basically my day was then complete. Our train was lead by 2320 and wouldn't you know it, I never got the other 2300's number.

What a day!  We passed many electrics once we got into the suburban area.  A couple of places you could just look at the track and see that there was a bit of a wobble coming up and then sure enough as we went over that section, we got a good shake.  I got to see some unusual QR signal aspects, and could listen to the various announcements over the radio.  Some were quite interesting when we were in the Brisbane suburban area.

Thank you to those that helped to arrange the days events.  I had an absolute blast. 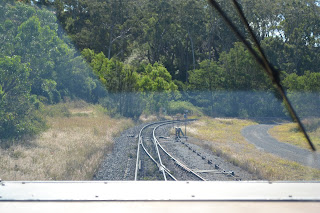 I think this is leaving Rangeview Loop. 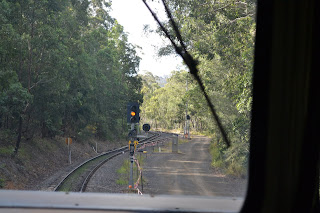 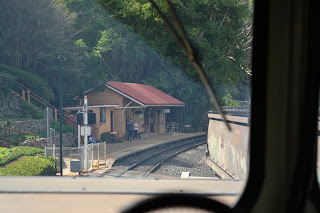 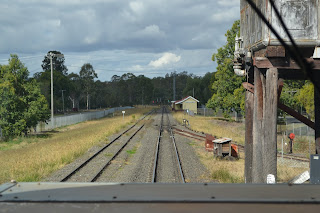 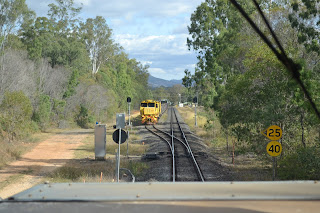 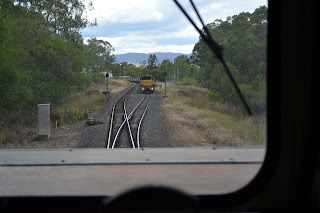 Another cross near Helidon 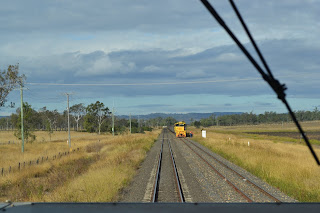 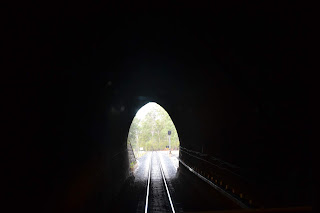 Through a Tunnel.  There were many. 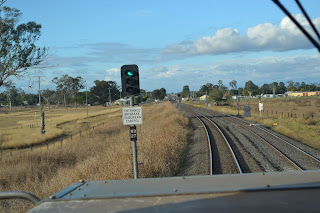 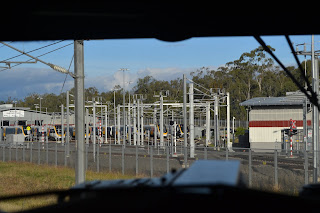 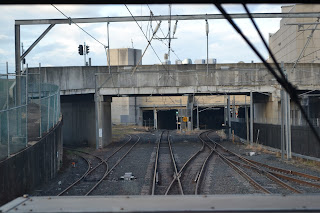 The signal that we had to wait for outside Ipswich.  Ipswich Railway Workshops are off to the left. 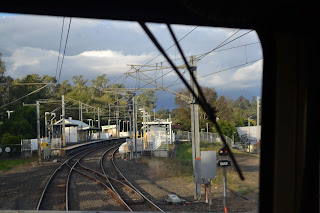 Bundamba and the branch is coming in from the right. 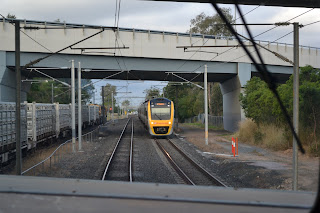 Dinmore passing a cattle train and an electric. 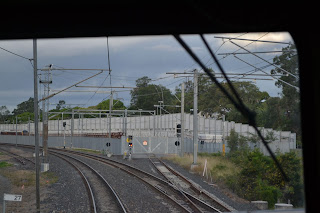 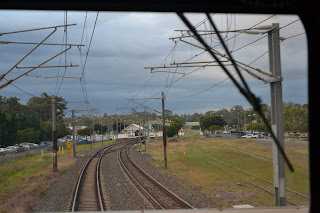 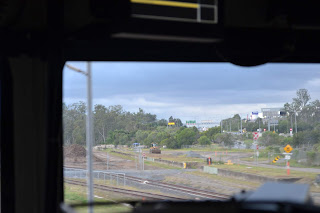 Another shot of Wacol. 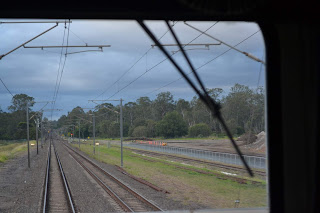 And another shot of Wacol. 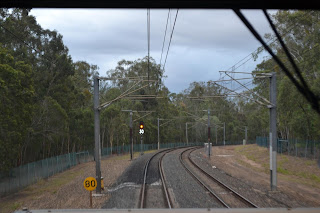 Just west of Darra.  This is advising us that we are taking the freight bypass track. 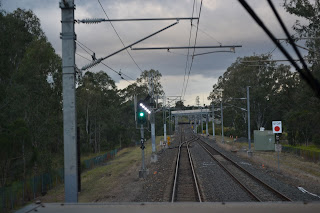 Just short of the Springfield junction and our destination is the freight bypass track. 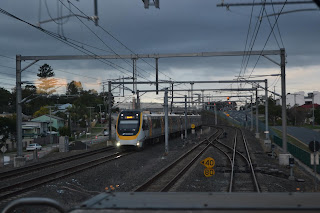 Through Darra on that bypass track. 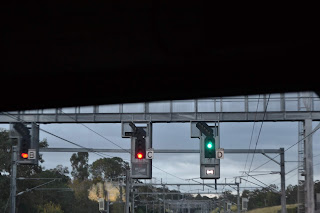 You are about to loose the overhead if you are an electric. 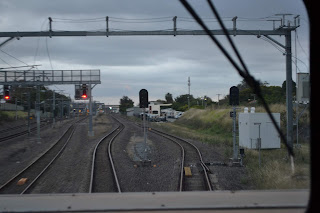 Corinda, my old stomping ground from 30 years ago. 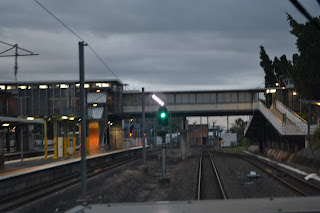 About to cross over to the main. 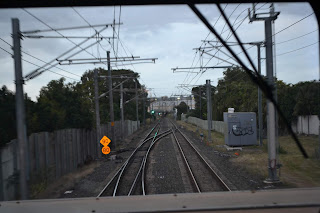 Crossing over to the main. 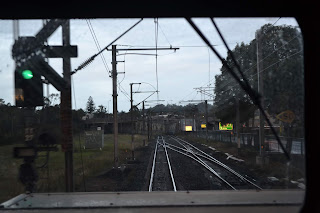 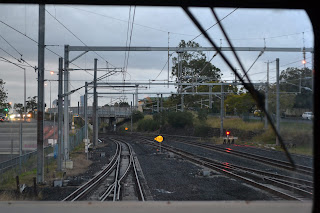 Joining the dual gauge at Yeerongpilly. 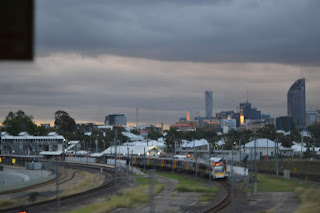 Up over the flyover at Dutton Park and Park Road 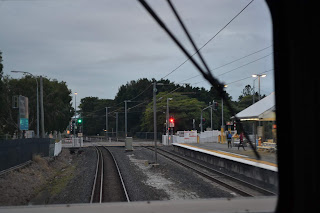 Through Coorparoo.  Another famous layout.
Posted by Cassino at 6:55 PM